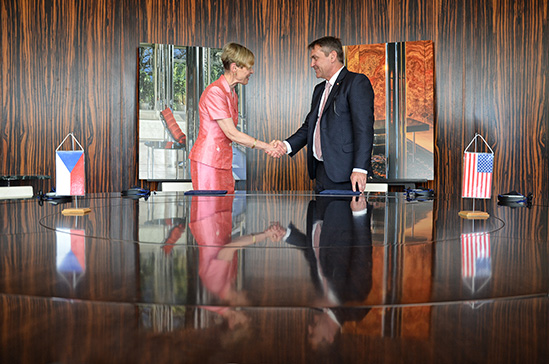 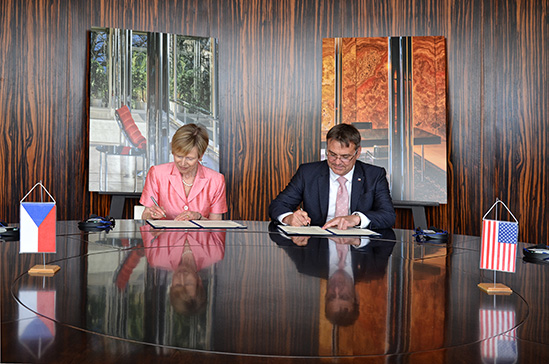 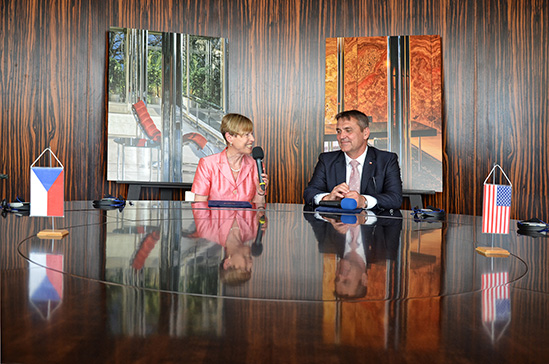 Pangea World was founded by Dr. Hana Ayala, a Brno native and now a U.S. national.  It represents an economic development model for science research and conservation endorsed by top officials at the UN, UNESCO, the National Academy of Sciences and The Smithsonian. Pangea World places a premium value on the earth’s evolutionary and ecological fabric as a transnational system of “knowledge veins,” unbounded reservoirs of scientific knowledge that have the capacity to outperform metal ores and fossil fuels and to catapult the conservation of natural resources into a pivotal economic force.  This mission, formally unveiled at a United Nations invited event in New York in September 2010, is fortified with endorsements by prominent academic leaders and Heads of State.

Pangea World forged a strategic partnership with the University of California (UC), offering this prestigious academic institution the opportunity to position itself at the forefront of high-level science diplomacy for global sustainability, while empowering California to become the anchor for the initiative to build a next generation knowledge economy powered by biological and scientific capital.  To establish the foundation for Pangea World’s permanent base of operations at UC, a 12 acre site has been designated as the future transnational headquarters with plans for an iconic architectural building as its centerpiece.

In his New World Symphony and other masterpieces composed in the United States, preeminent Czech composer Antonín Dvořák connected the “Old” and the “New” Worlds to create music that resonates just as powerfully today as it did more than 100 years ago.  The legacy of Pangea World follows the same geographic pathway, from Czechia to the United States, with an emphasis on building knowledge bridges to benefit humanity for generations to come. Pangea World aspires to compose a “symphony” of opportunities around the affinity between its endeavor to harness the freely flowing natural reservoirs of knowledge to benefit humanity and the spirit of Villa Tugendhat, where the celebrated architecture and design by Ludwig Mies van der Rohe revolutionized human creativity and the relationship with the environment via masterful execution of “freely flowing space.”

Dr. Federico Mayor, Founder and President of the Culture of Peace Foundation and a Founding Chair of Pangea World, conveyed that “It is deeply meaningful to me, as UNESCO’s former Director General, that Villa Tugendhat, an icon of UNESCO’s World Heritage mission, will become an icon of Pangea World’s global mission that values knowledge as the economic safeguard of the earth’s heritage.  Pangea World is a new approach, a new vision.  Let us develop this concept at the same time that the global citizens contribute to face the global threats with global knowledge-based solutions.”